Soulja Boy is standing up for Megan Thee Stallion.

While on Instagram live, the rapper calls out fellow rappers for not speaking up after Megan Thee Stallion was shot in the foot by Tory Lanez. “Yall n****s out here shooting bitches and aint nobody gone say nothing? I’m the only n***a in the whole rap game that’s gonna say something? Ok, cool,” Soulja said.

During the live Soulja Boy says the people who are defending Lanez is “lame.” He says, “well, Tory Lanez you a bitch. You a bitch n***a on me,” he continued. “Yall watched this n***a shoot this b*tch and everybody said, ‘He aint do it.’ Man, f*ck yall lame a*s n****s.”

We previously reported that Tory Lanez was found guilty in the Megan Thee Stallion case. He was charged with assault with a semiautomatic handgun, carrying a loaded, unregistered firearm in a vehicle and discharging a firearm with gross negligence.

It appears that the Duke of Sussex, Prince Harry, is a fan of the Shenseea. According to The Jasmine Brand, an excerpt leaked from Prince Harry’s memoir ‘Spare’, reveals that Shenseea’s music has helped him through a dark time with his family. The excerpt reportedly reads, “in the times I felt alone and separated from my family, I always took time to myself to sit back and listen to Shenseea. […] 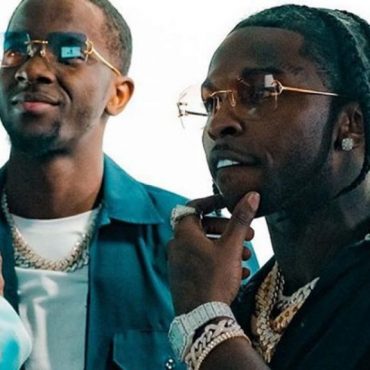 DESIGNED AND HOSTED BY ONLINE AUDIENCE